Although most websites state the film was released 1976, according to Sara Achenza (daughter of actor Gavino Achenzo who appears in the film) she confirms the film was actually shot in 1972. I assume it sat on the shelf for four years before eventually receiving a theatrical release.

They Killed Another Bandit was considered lost until a 35mm print was located by cinephile Stefano Galeone in March 2013. How he found the print is a mystery but it is now stored in the Cineteca Nazionale in Friuli awaiting restoration.

For some reason, until its rediscovery, most people assumed it was a western but the film is in fact a tale of banditry in Sardinia which neatly puts it alongside a small group of films dealing with the same subject matter: Vittorio De Seta’s Banditi a Orgosolo/Bandits in Orgosolo, Piero Livi’s Pelle di Bandito/Bandit’s Skin, Carlo Lizzani’s Barbagia, Marcello Fondato’s The Protagonists, Gianfranco Mingozzi’s Sequestro di Persona/Sardinia Kidnapped and Edoardo Mulargia’s Le Due Leggi/The Two Laws. 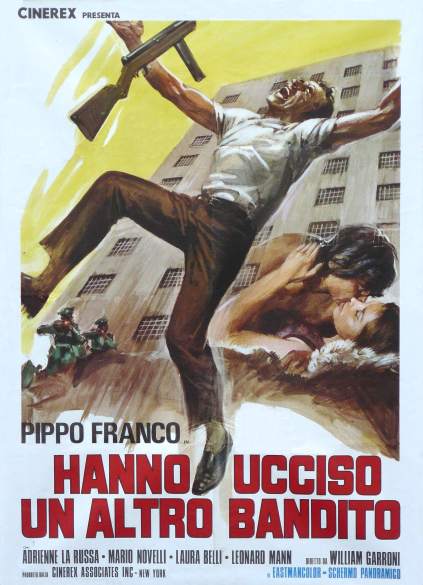 There are some scraps of what’s actually in the film from the lucky few who managed to view it on television in the late 1970s – I’ve spotted two comments, one from a viewer who saw it on TVR Voxson (Rome) and another who saw it on Telemontecarlo in March 1978. One remembers the opening scene – a jailbreak – and another remembers lead actor Pippo Franco playing a village idiot who kills the bad guy at the end with a shotgun, and the closing shot of Pippo looking across the Sardinian landscape through his binoculars.

And that’s it… Both of the TV stations mentioned were private independent channels but the hopes of finding a copy remain slim with every possibility that they’ve been junked now that they’re both no longer broadcasting. It’s unlikely anyone recorded it on their VCR at the time.

Photo courtesy of the private collection of Sara Achenza

Whilst its great that a print has been found there are still many problems ahead, but first we have to go back to the beginning…

It was produced by Cinerex Associates, a distribution company founded in the USA in 1968. A quick web search shows one of its partners as Andrew Garroni, possibly the brother or uncle of director Guglielmo Garroni. The company was dissolved on June 23rd 1993, although it’s understood that the rights to the film still remain somewhere in the Garroni family line.

There are reports that the film had a very limited distribution and was quickly taken out of circulation. Again, this only seems to add more mystery because it’s possible the director himself wanted it to disappear from what I have read online.

Attempts by the Cineteca in Friuli to contact the family have lead nowhere – they know but they aren’t replying – seems to be the current situation. So, with the rights issue up in the air, the process of restoring the film also remains in limbo, mostly out of fear of possible court action if the film is ever screened. The cost of the restoration is estimated to be around 20,000 Euros – not a small sum. At present it seem no one is willing to pay for a full restoration, the Cineteca cannot afford to and private investors are unlikely to get involved if they can’t recoup any of their money.

The condition of the print is a mixed blessing, colours are good (usually the first thing to go) but there are many splices. 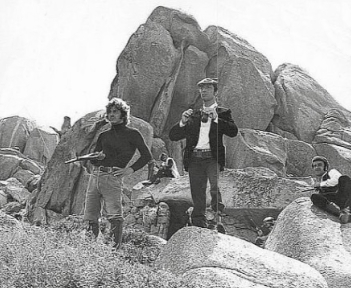 Photo courtesy of the private collection of Sara Achenza

So, the sad reality is that They Killed Another Bandit may well never see the light of day…again.

Update: September 2017. I believe some progress has been made although I’m unaware of the exact details.

Update: July 2019, It appears the film is being restored in a laboratory in the Netherlands.