Having spending eighteen years behind bars for the murder of his wife’s lover, Renato Rocchi sets about trying to find his wife and daughter but his efforts are unsuccessful. Spending what little money he has left, he finds himself in a desperate state. Befriending a vagabond he attempts to carry out robbery but, as inexperienced and reluctant as he is, he is overcome by his intended victim, but instead of turning him in, he decides to give him a job. His new boss turns out to be a local mobster who runs a nightclub and secretly heads a prostitution racket. Renato is employed as a waiter but the mobster’s lover entrusts him with the task of recruiting young women.  Renato believes they’re setting up a dance troupe and begins to warm to the lead dancer, spurring the jealousy of a black male dancer. Renato eventually discovers the truth about his employers but he continues to carry out his unpleasant task until he is reunited with his wife and realises the lead dancer is in fact their daughter. Following a violent struggle Renato frees his daughter but his wife is fatally wounded. Reunited with his daughter and his boss’ former lover, Renato can now start a new life.

“A second rate film, melodramatic in tone and technically deprived of any good qualities. With mediocre dialogue and a clearly inexperienced script, it soon falls short of its promising opening. The performances are equally as poor”. (F. Gabella, “Intermezzo”, n. 11/12 – 30/6/1952). 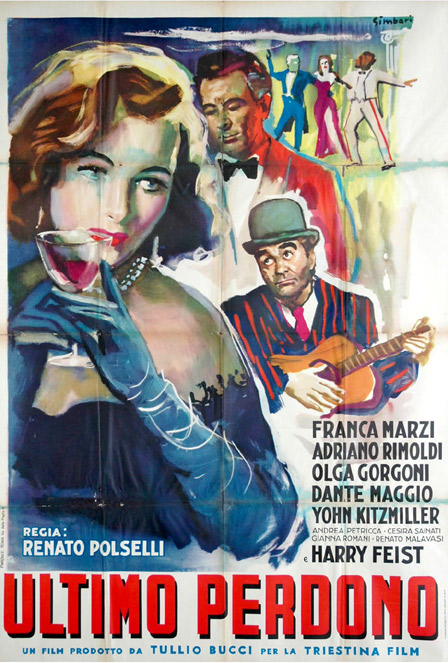